A Vineyard Primer Not Just For The Obamas

When I was a young child, my family would “summer in the Hamptons”, which describes the three towns near the far end of Long Island, NY. I remember the trip out there as if it were yesterday. It was an easy but boring 3-hour ride from Westchester County in our 1949 Ford “Woody” station wagon. We knew when we were getting close because the scenery would turn into potato fields and all you could smell was duck and chicken poop. The houses my family rented looked like the barracks I lived in during my military basic training and none of them were air conditioned, but they were right on the water. We would stay all summer and we rarely had a TV, but life was wonderfully simple.

The other night I watched the pilot program for a new TV series, ROYAL PAINS, on the USA Network. It’s about a young surgeon played by Mark Feuerstein who is fired from a hospital, sued for malpractice and blackballed. He decides to go to the Hamptons with his brother, the accountant, for a weekend of party crashing and debauchery, but he ends up staying for the summer as a concierge doctor to the rich and famous. What I like so much about the show is that it presents a showcase of the Hamptons in 2009. It sure has come a long way since I was a little boy or even since I went back there during my college years for fun and mischief.

Martha’s Vineyard could become, maybe it is already, the new home of the rich and famous --- the CEO and celebrity playground. With properties like Steve Rattner’s newly completed 15,000sf plus compound on Obed Daggett Road on Cedar Tree Neck, and the equally excessive estate properties belonging to high rollers like Brian Roberts, Dirk and Robert Ziff, Jerome Kenney and Bill Graham in the area, Martha’s Vineyard is losing its battle to stay small and simple the way it was 40 years ago when I first drove my yellow Corvette roadster off the ferry.

Many of us have received calls from the White House advance agents inquiring about accommodations for August rental lodging. The general consensus here is that the President will be renting a house on Temahigan Avenue close to the State Police headquarters, maybe the old Gloria Swanson house on the water side. There is still no definitive word on what the Clintons are planning, but we keep hearing about Ted Danson’s home up-Island and Chelsea’s wedding plans at the large Chilmark estate of long time Clinton friend and Washington power broker Vernon Jordan.

I guess we will just have to accept the fact that we are no longer inaccessible and anonymous; we have a reputation now that people like to brag about, and complain about. Maybe one day we will change our name to Martha’s Vineyardton. Here is a short essay that appeared in the Boston Globe titled A Vineyard primer for Obamas that provoked dozens of reader comments. The comments section is always fun to read because people have such strong views for and against what is Martha’s Vineyard. The Vineyard is all about passion and emotion and trying to hold onto what most of us remember as being so special and what so many new comers imagine still is so special. It is all of our jobs and responsibility to do all we can so that we don’t become just another East Hampton. Sure we have famous people here, but on Martha’s Vineyard no one gives a damn and we leave them alone. If you ‘GET’ the Vineyard and you want to be here, I can help you get the right place to live your dreams and balance your life. SplitRock Real Estate represents Buyers Only and their dreams. 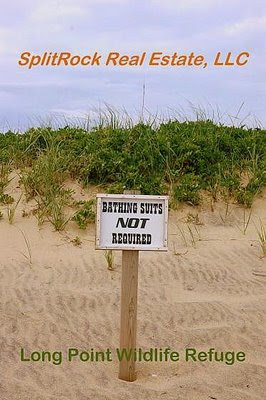