How Can You Buy What You Cannot See – You Can’t!

Here we are approaching what some believe is the end of the recession, at least as far as real estate is concerned. Although prices are forecasted to remain flat this year, and in some areas they may even drop another 5-7%, sales volume is predicted to increase by between 7-8% in 2011 after falling almost 5% in 2010. Buyers have been ready and anxious, yes anxious to buy for several years now, but they don’t want to pay too much and if there is any chance of the market going down more, they’ll wait; what’s another year going to matter. Exactly! What is another year going to matter and what is another 5% going to matter over the next 10 or 20 years? If you find the house you love, then now is the time to buy.

I have been trying to figure out how many properties have been removed from the market in the last three months, but our database system makes it very difficult to separate Off-Market from other status types. I think I was able to get enough information to conclude that there are between 100 and 200 properties on a winter hiatus, most likely to be relisted in the spring. It makes me wonder if sellers are really motivated or serious about selling. 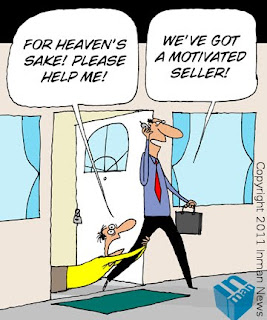 In the Martha’s Vineyard real estate market, buyers are looking right now for properties they can own and enjoy during the summer season. They want to find it, buy it and get it ready making it their own in time for those precious few family vacation months. They have cash in hand or are approved for a loan at what are still very attractive interest rates – although they are starting to inch up.

Buyers are ready to buy, but they can’t buy what they can’t see. If they don’t see a property they have been watching they may assume it has already sold and they will move on to one of the properties currently available or just wait until the spring-summer selling season when there will be more competition on both sides. Based upon the idea of supply and demand, it is a fact that sellers may actually realize a better selling price in a market where the inventory is low and where there are fewer properties similar to theirs in style, location and price.

My advice to sellers is not to worry that your gardens aren’t in bloom or your lawn furniture is in the living room. Buyers are not going to pay a premium for a few bushes or pretty plants. Actually, overly landscaped properties may turn off some buyers because that means more maintenance costs for an absentee owner. Buyers can see past the umbrella in the living room. Matter of fact, most houses are more cluttered inside during the summer season than they are now, and they are more difficult to show, especially if they are rented. So sellers, stop playing the listing shuffle and get back into the game. Listen to your seller agent and do your part to make your property saleable. I am an exclusive buyer agent and I cannot help you if you do not help me.
Posted by Unknown at 10:54 AM No comments:

The U.S. Department of Housing and Urban Development (HUD) partnered with the National Association of Realtors® (NAR) to produce three consumer information videos about the home buying process: Shopping for Your Home; Shopping for Your Loan; and Closing the Deal.

Shopping for Your Home


Shopping for Your Loan

﻿﻿ Martha's Vineyard is an amazing place, very much like a box of chocolates; you never know what you are going to experience when you set out on an adventure. There are dozens of beaches and walking trails as well as miles and miles of bike paths and mountain bike trails.
﻿﻿﻿

﻿﻿﻿A few years ago I was in Bunch of Grapes and spied this really neat little spiral bound pocket book titled "Walking Trails of Martha's Vineyard" by William Flender. It was the 3rd Edition. It cost me ten bucks, but I think it is worth every penny. It is well written, graphically clear and very well constructed. It's a must have book for anyone who loves Martha's Vineyard.

Here is a link to a news article heralding the introduction of the 4th Edition of "Walking Trails of Martha's Vineyard"
Posted by Unknown at 12:46 PM No comments:

We've been hearing about this for well over a year now as many homeowners across the country threatened with foreclosure are challenging lenders to produce proof of clear title to their properties.

Here in Massachusetts, the question is being raised again as the Massachusetts Supreme Judicial Court rules invalidating foreclosures on two properties in Western Mass. Here is the article that appeared Boston.com:

The Massachusetts Supreme Judicial Court today upheld a contentious land court ruling that puts in question the ownership of hundreds, possibly thousands, of foreclosed properties in the state.

The ruling challenges the way lenders have traditionally foreclosed on properties -- without having all the paperwork in place at the time a home is seized. It affirms a 2009 lower court decision that invalidated foreclosures on two Springfield homes because the lenders did not hold clear titles to the properties.

Cambridge attorney Paul Collier, who represented one of the homeowners in the case, said the supreme court ruling invalidates thousands of foreclosures, reverting ownership back to the homeowners who lost the homes, at least temporarily. In most cases, those property takings will have to be redone, further clogging an already bogged down foreclosure process that many real estate specialists say has contributed to the stagnant housing market.

"The banks and the investors are going to have to deal with those homeowners as to what happens to those properties," Collier said.

During the housing boom, millions of mortgages were packaged into bonds and sold to investors, a process that resulted in lengthy and tangled paper trails that can obscure ownership. Many lenders believed they could complete foreclosure transactions and later produce formal proof they held a mortgage. Today's ruling makes it clear that the practice will not be allowed in Massachusetts.

"We agree with the [land court] judge that the plaintiffs who were not the original mortgagees, failed to make the required showing that they were the holders of the mortgages at the time of foreclosure,'' the justices said in their opinion.

The decision will also have national implications at a time when lenders' foreclosure practices are being scrutinized by federal regulators and state attorneys general.
Posted by Unknown at 4:36 PM No comments: