How Does Martha’s Vineyard Feel About McMansions?

The Martha’s Vineyard Commission (MVC) routinely reviews projects in accordance with its Development of Regional Impact (DRI) Checklist (standards and criteria used by town boards to determine when it must or may refer a development application to the Commission for review as a DRI).

On Monday, April 4, 2011, at 5:30PM, the MVC’s Land Use Planning Committee will hold a discussion on the subject of Large Houses, which is a euphemism for what we call McMansions or Trophy Homes. The discussion is open to the public at their Offices in the Stone Building, located at 33 New York Avenue in Oak Bluffs.

When is Big too BIG? 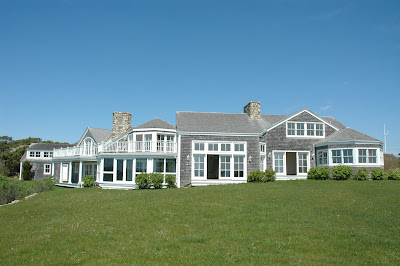 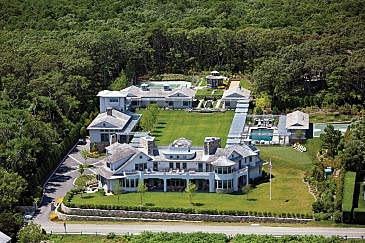 Here are some of the questions being considered regarding ‘LARGE HOUSES’:
1. What are the concerns about large houses?
a. Visual impact and disruption of community character?
b. Loss of habitat?
c. Consumption of energy?
d. Impact of construction process on abutters?
e. Encouragement of teardowns and loss of affordable homes?
f. Other concerns?
2. How serious is the problem today and the threat for the future? Does it merit further action by towns and/or the MVC?

3. To what extent can concerns be dealt with through increased review at the town level? Do the towns need additional powers through the DCPC (District of Critical Planning Concern) process?

4. What types and magnitudes of projects have a significant enough regional impact to justify MVC review?

5. What is the best way to define a large house? Should this vary by town or area?
a. An absolute threshold, such as an Island-wide or town-wide threshold of total floor space or building volume?
b. A relative threshold, such as one that exceeds the average size of houses in its neighborhood?
c. A threshold based on performance criteria, such as exceeding a threshold of visibility (e.g. an angle of view as seen from a public way) or habitat clearance?
Posted by Unknown at 8:18 AM No comments:

Where Do You Think You Are Going?

Last week, as is my custom, I was driving around locating and previewing as many new listings as I could. There was a property in Katama that I was trying to find. In doing so I drove down a named dirt road that transitioned into what appeared to be someone’s driveway – typical on the Vineyard. I was puzzled but forged ahead with the moxie that is typical in my profession. As I weaved my way along the cluttered road, all of a sudden standing in front of me standing firm in what I can only describe as a shooter’s stance was a diminutive white haired elderly figure of a lady with a very stern look on her face. She had her hands on her hips and I immediately scanned her person to see if she had a gun and was preparing to draw on me.

I stuck my head out of my window and with a big smile on my face I introduced myself and explained where I thought I was going. She replied, “That’s my property you are looking for”. With that she smiled and briskly walked over to the passenger side of my car, opened the door and hopped in like a young 20 year old girl. “Come on, I’ll show you” she said. As we crept along with me following her pointing the way she began to talk. (This is where the fun begins.)

She asked me how old I thought she was and when I guessed (wrong) she told me she was 87 years old and had lived here all her life. During WW II a local man asked her to marry him but she said no. “Why would I marry a man and have his babies when he was going off to war and might never return?” She proudly told me that she stayed single, worked hard and bought a huge tract of land with a house for $5,000.00. She eventually married her suitor when he returned from the war and had a family.

When we finished looking at her property and I was preparing to take her back where I picked her up, she asked me if I knew there had once been a herring packing plant in Katama. “The history books have it all wrong; they say it was an ice house. My sister used to work there.” I said, “Sure let’s go”. So off we went down Herring Creek Road toward South Beach. As we drove she explained how they would pack the herring there and then send them off Island along with the scales that she said were made into artificial pearls. We drove through one of the parking lots and she pointed to all that was left of the packing plant, a concrete foundation. “How many ice houses were there in Katama?” “Two” She answered before I could guess. She also made a point of telling me David Letterman lives on Herring Creek Farm and that she sees him often. She said one time she told him she had a present for him. When he asked her what it was she responded, “My tax bill.”

The next part of what was becoming a quiz was whether or not I knew about the Katama Hotel and where it used to stand. Off we went with her in charge as navigator and me totally enthralled. We drove down the Edgartown Bay Road to the bend in the road by the Land Bank property where there is now one lone Osprey pole. “That’s it, the spot where the hotel used to be” she giggled. She explained how the railroad from Oak Bluffs used to carry people from the ferry wharf along what is now Beach Road all the way to Katama and the Hotel. “Do you know what the original name for Beach Road was?“ she quizzed, “Paper Patch Road”. She shared all kinds of neat information with me, but I just couldn’t remember it all.

It was getting late and I needed to get back to my office. As I was driving her home she explained that she drove a taxi on the Island until she was 80 years old and she loved giving tours. She even teased me by beginning to tell me the ‘true story’ about who was really driving Teddy Kennedy’s car that fateful night on Chappaquiddick but she got distracted when we passed one of the many big houses along the road. She had two pet peeves: One was why on earth they decided to change the name of the area out by South Beach from Great Plains to Katama. “Look at it; it’s all flat like a great plain and it was all farm land.” Her other peeve was the big houses that nobody lives in more than few weeks in the summer. “Look at them; it’s awful.”

I think I will have to give her a call someday and ask her out for a cup of coffee or a soda. When we said good bye she told me she had not had this much fun in weeks. I responded, “Me too”.

After I got back to my office and I found this nice melancholy poem about the Katama Hotel in a book of poems titled "An Old Fly Book And Other Stuff" published in 1913.

Living on Martha’s Vineyard is still a wonder to me and what seems like a never ending ever changing adventure. I am glad that I don’t know where I think I am going.
Posted by Unknown at 12:27 PM No comments:

Preserving Our History And The Magic That Is Martha's Vineyard

The other day I was reviewing my information about the environmentally sensitive areas down Island and the restrictions those areas impose upon the ability to build a home. That led me to thinking about our devoted and determined conservation groups like the Martha’s Vineyard Land Bank, the Sheriff’s Meadow Foundation, the Trustees of Reservations, The Nature Conservancy, and the Vineyard Open Land Foundation.

There are two primary roads on the Island that I would still consider to be untouched and basically the same as they were 100 years ago. One is Middle Road and the other is the road I live on, Lambert’s Cove Road. In the mid-90’s I brokered a sale to The Nature Conservancy of a 103 acre estate known as the John Hoft Farm.

I was thrilled that TNC agreed to save this ecological one-of-a-kind property from possible development. The property includes meadows and peat bogs as well as woodland areas where rare flora and fauna thrive. The TNC Hoft Farm connects with properties owned by the MV Land Bank and VOLF.

VOLF, the Vineyard Open Land Foundation, under the tireless direction of Carol Magee has been working with little sleep and even less funding to reestablish one of the original cranberry bogs on the Island that happens to be located right on Lambert’s Cove Road just below the Wakeman Center and Cranberry Acres.

Every summer I have watched with fascinated interest while teams of volunteers labor in the hot sun hunched over plucking invasive weeds of all kinds out of the sandy soil. And all the time that hand labor is going on the original cranberry processing shed built in the 1800’s progressively sags and seems to be folding in upon itself as the ridge beam disintegrates.

VOLF’s plan is to resurrect the cranberry bog and harvest the berries as well as to restore the original cranberry processing shed, move their offices there and establish a museum to house all the artifacts representing an Island industry from days gone by. They already have architectural drawings from a well respected Island architect who cut his fees to assist with the project. What they are missing is money. Right now they are getting by on about $20,000 a year but they will need a lot more than that in order to see this dream come to life.

If you want to know what you can do to contribute to the Island you love, I suggest this could be one of the ways to keep your dream alive and pay forward what this Island gives you.
Posted by Unknown at 12:15 PM No comments: